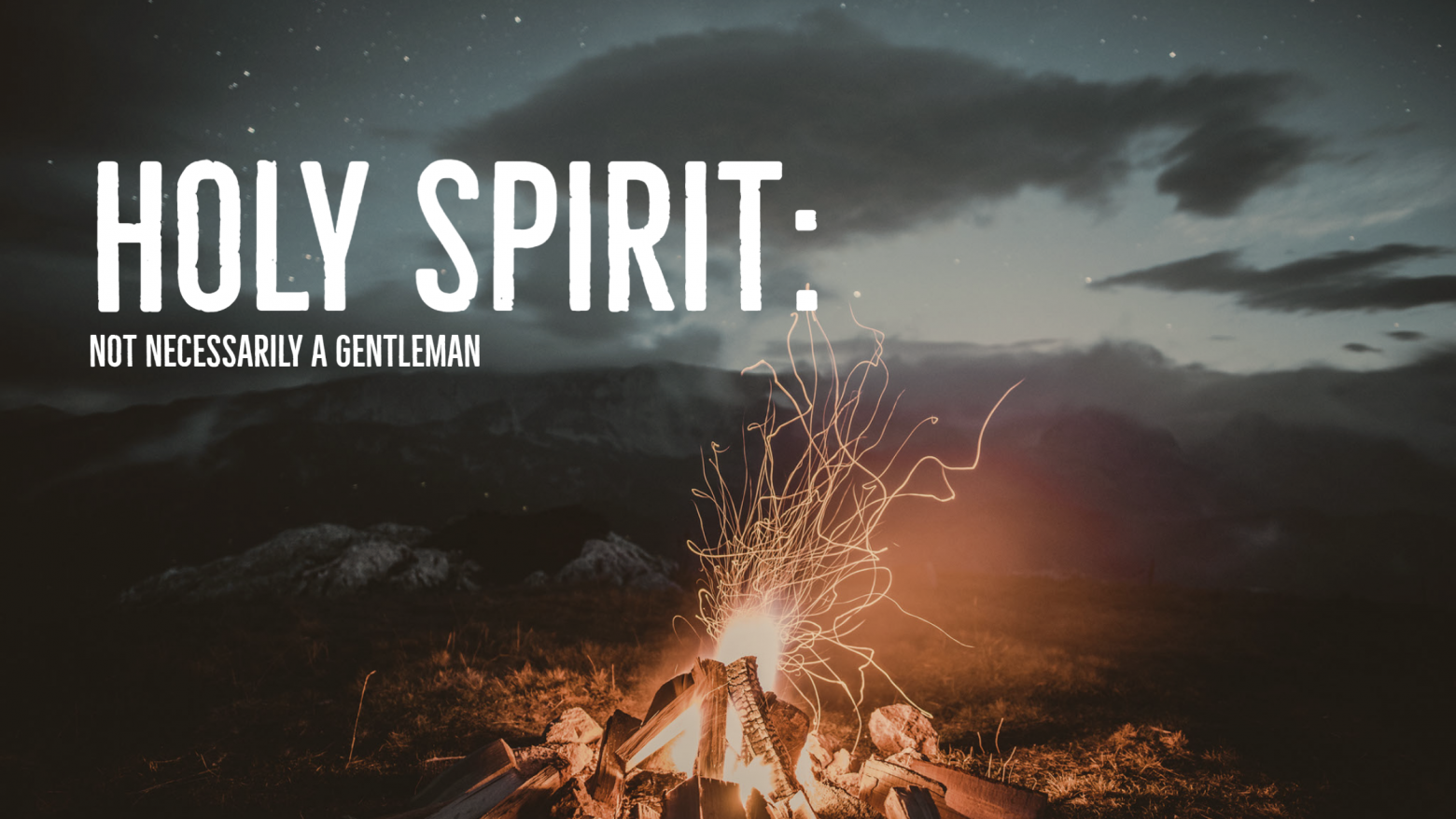 When I was in high school, a new kid moved to town that was very shy and non-confrontational. Though he obviously had a given name, some kids in the school decided that it was not going to be his name, and called him a completely different name. Those kids had so effectively spread the news that this kid’s name was the name they gave him that everyone I knew called him by that made-up name. To this day, I remember his made-up name, but can’t for the life of me remember his real name.

Because that’s what we called him, that’s who he was to us.

It’s silly, but this is the story I always think about when I hear the phrase commonly used in the church: “The Holy Spirit is a gentleman.” Enough people have taught this concept and used this phrase with such conviction that many Christians would be shocked to learn that the phrase is nowhere to be found in the scripture. At best, it’s an interpretive choice. God never reveals Himself as Jehovah Gentleman.

I’ve read actual, published, commentaries that say things like, “Now Scripture tells us the Holy Spirit is a gentleman.”

“The one that says “the Holy Spirit is always a gentleman.” it is in there I’ve read it for years with my aunt and brother and shared it with people. Just can’t remember where it’s at. Thanks!
Update: It is in the bible I know what I’ve read. The bible is always being reprinted and words always being changed. My aunt has since passed on or she’d show me exactly where it is found.”

In other words, people will fight for this phrase and swear that it is there. And yet, it is not.

To the best of my knowledge, the earliest example of the phrase emerged in the 1700s.

It has been almost universally adopted by Christians of every kind, rarely checked, rarely questioned.

Because that’s what we’ve called Him, that’s who He is in our paradigms.

Let me make it clear, I believe the Holy Spirit can be a gentleman. Certainly, the Spirit of God has been patient and gentle in many areas of my life. I am not saying the phrase itself is bad. The phrase is actually not bad at all. What is unfortunate is the weight and meaning we’ve unintentionally and sometimes intentionally attached to something that isn’t even in the scripture.

We want a Holy Spirit that can be controlled. We are uncomfortable characterizing Him the way Pentecost does, though it is the ultimate expression of the Holy Spirit in the Scripture. On that day, the Holy Spirit came in like a violent, rushing wind, not a fluttering butterfly. Yes, they were seeking Him, but they couldn’t have imagined the way He came into the room. How do gentlemen enter the room? There was nothing “gentle” as we categorize gentle, about the day of Pentecost.

One Commentary I read on Pentecost said, “We know that God will NEVER take control of your tongue because the Holy Spirit is a gentleman.” I have friends that, upon receiving their prayer language were not physically able to speak English for multiple days. Two people very close to me were in worship, not asking for the gift, and yet tongues came out of them before they knew what was happening. The Holy Spirit knew their hearts, but He didn’t ask. While these examples are not typical, the “gentleman” line of thinking says these types of scenarios are not possible – and yet I have witnessed them with my own eyes and see the fruit years later.

Just a few chapters down the road in Acts 4:31 “And when they had prayed, the place where they had gathered together was shaken, and they were all filled with the Holy Spirit and began to speak the word of God with boldness.” This is not poetic, metaphorical language – the actual place they gathered was shaken. Does that sound like a gentleman to you? I also get the impression that in the next chapter Ananias and Sapphira, who “put the Spirit of God to the test”, would like a word about the Gentleman thing.

Even when you look at church history, many historians attempt to wipe out the Holy Spirit’s less “gentlemanly” behavior. You can’t read true accounts of the Great Awakenings and come to the conclusion that the Holy Spirit is always a gentleman. These are awakenings that include heroes of the faith that the church as a whole reveres, and yet if you were to tell the average believer what happened via eyewitness accounts in their meetings, they wouldn’t believe it.

If the Spirit will not do anything without your permission, then Phillip must have been snatched up by some other spirit in Acts 8. The Holy Spirit didn’t lean in and whisper, asking for His permission to transport him away after baptizing the Ethiopian. He snatched him away. Without his permission. And Phillip kept on going. God did what He wanted to do.

Just remember “the Holy Spirit is a gentleman” is not in the bible. I get the sentiment. I do believe there has never been a gentler person known. The thing to remember is that while perfect at being gentle, the Holy Spirit is also a rushing wind and a blazing fire. Anyone who’s touched a wild flame or been caught in a windstorm knows, there are few things less gentle.

And if anyone were to ever do anything to me “by force”, by all means, let it be God. I have many things to say regarding this, but I’ll leave it here for now.