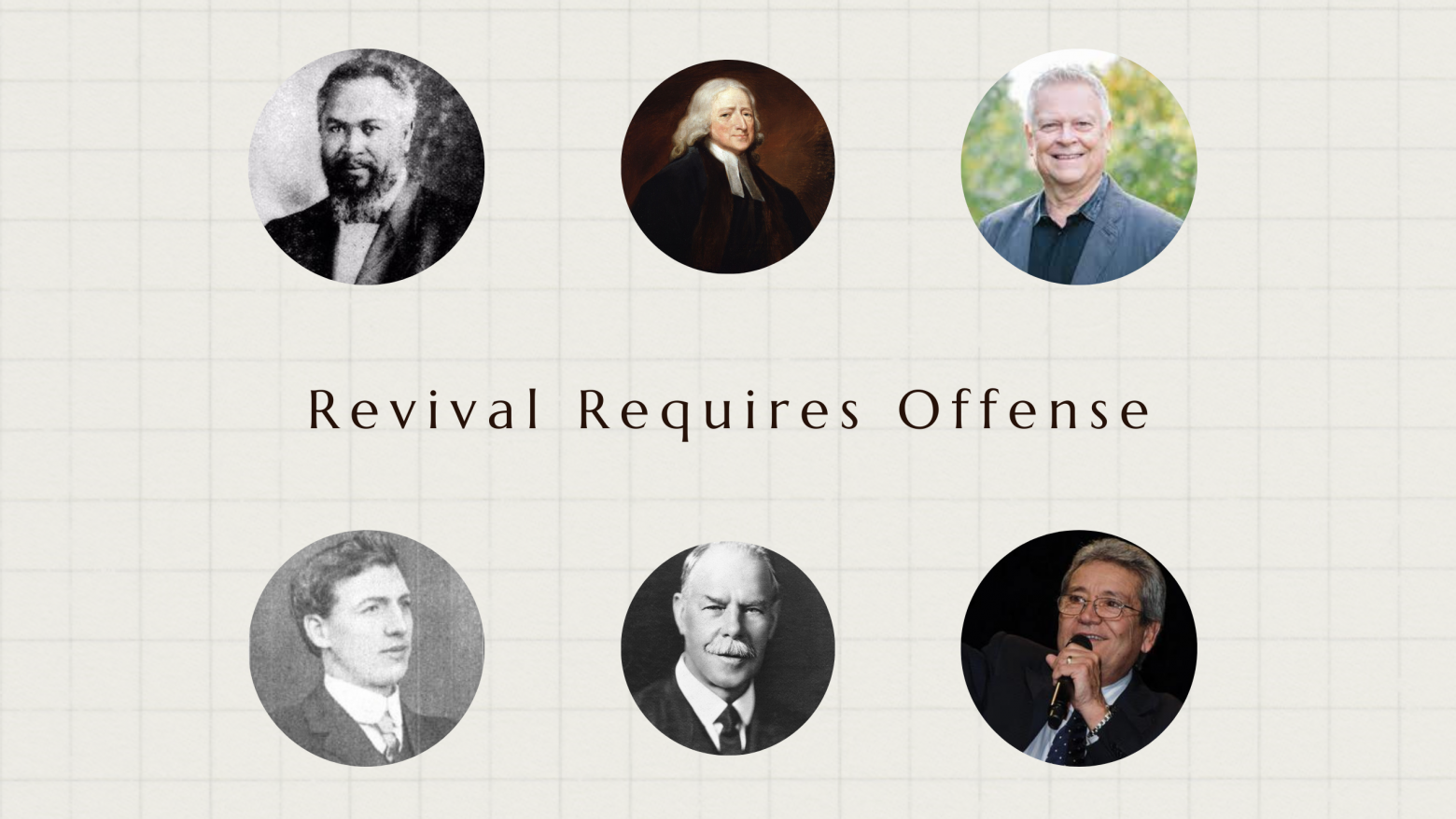 Jesus, as He went about fulfilling the prophecy of Isaiah with signs and wonders such as the lame walking and the blind seeing, encounters John the Baptist’s low point in faith. Things were not going the way John envisioned, and yet Jesus pointed him back to the reality that the promised Kingdom was unfolding before his very eyes. That the prophet’s words about the Messiah were playing out in real-time. Upon that reminder of the miraculous works being poured out, Jesus then makes a stirring statement that carries more weight than we often realize:

Of course, this verse applies directly to John at the base level, that though things were not glorious at the moment, it was crucial to keep his heart from becoming offended at the very one he recognized as The One and who he longed to serve.

However, I believe this verse is necessary to have top-of-mind when it comes to revival. (I will not go into detail in this blog about the absolute need for revival, as that will require significantly more time than this particular facet.)

Jesus says that we are blessed when we don’t take offense at Him. The greek word for the English phrase “take offense” is skandalizō, meaning “to put a stumbling block or impediment in the way, upon which another may trip and fall, metaph. to offend.” A secondary, tag-on definition explains that it’s like “one who stumbles or whose foot gets entangled and feels annoyed”

As the blog title implies, revival doesn’t come without offense. In fact, it is a necessary facet of true revival.

Church History has proven this point time and time again, and yet we become surprised when a new mighty move of God contains elements that offend the natural mind. This is partly due to our nature, but partly due to agendas on the parts of historians who can’t stomach the messier side of God’s working throughout the last 2000 years, and so it is suppressed.

I think the operative word in many translations is “take“. Blessed is he who does not take offense at me. Offense must be taken. We may encounter offensive things, but it is our decision to take offense that leads to us being “offended.” At this point, it moves from a possibility to an identity. When someone is offended they “own” it.

This is why it is so difficult for many believers to accept revival. God, in His wisdom, adds a measure of ingredients that offend the natural mind within the mix of the outpouring of His Spirit. When He moves in that kind of way, He always presents the opportunity to take offense. There’s always a choice. There is a “test” of sorts to see if we will be distracted or sidelined by what is offensive to our natural minds, or will we pursue Him even at the expense of our understanding.

Every revival has come with phenomena and manifestations that offend the natural and religious mind. If we want revival, truly, we will have to give up our “right” to be offended. Offense in revival separates those who are after Him no matter the cost and those who are not. I believe it is a tool of God to “confound the wise”.

When you look at the first revival, Pentecost, you find accusations of drunkenness, madness, chaos, etc. No Revival has been free from accusation and opposition. Many times this actually fuels the growth of the move. If you are really doing what He’s doing, you will meet opposition. Period.

Some manifestations that offend in revival include:
Shaking, laughing, trances, tongues, miracles, signs and wonders, deliverance, shouting, jerking, trembling, and weeping, to name a few.

These are all offensive to a sterile, religious environment. Even as the religious got used to the idea of weeping, trembling, and wailing being God-ordained tools of revival, He switched it up and poured out ecstasies, joy unspeakable, and holy laughter that set a whole new generation free while offending one as well. Remember, revival is messy. It is not neat and tidy. If you are after neat and tidy, you have come to the wrong place.

Many who pray for revival would be offended if true revival came.

Experiencing these manifestations for myself has been key to my understanding of revival. I absolutely know that people can manifest these symptoms in the flesh, apart from a work of the Spirit. But I am not called to be the judge of the experience. I examine the fruit. At times, some of the most offensive manifestations may produce some of the greatest fruit.

The great awakenings were called, by critics, the “Great Noise” or the “Great Clamour”. They are universally accepted now as genuine works of God. The First Great Awakening was rife with what critics today would attribute to the devil: “healings, deliverances, and unusual manifestations such as falling, trembling, roaring, crying and laughing.” see – The Works of John Wesley Vol. 1

At the Azusa street revival, God used a humble black preacher and a bunch of women at the beginning of the 1900’s, which many critics couldn’t accept. On top of that, God poured out the manifestation of Tongues, an issue to this day. William Seymour, the leader of Azusa Street Revival, would stick his head in a box until it was time to minister, as the congregation sat on boards overlaying milk crates in a dirty old building. In many ways, Azusa was “offensive”, and yet it is largely responsible for the movement that has planted more churches and seen more come to Christ than any other time in history.

The modern-day revivals, such as the Toronto Blessing, came with their fair share of offense. For many, the sticking point was the outbursts of joy and laughter, a characteristic of other revivals around that time in the mid 90’s. Critics claimed that because there was laughter, it couldn’t be a genuine revival. I actually came across a radio interview about revival while flipping through the channels on a car radio and it piqued my interest. In the interview, the guest claimed “No genuine revival ever came with laughter,” in his attempt to debunk what God has done in the modern-day. Apparently, this revival expert is not familiar with the Great Awakening.

I could continue with pages on pages of revival history, but the point remains. When revival comes, offense comes with it. I have learned to embrace that it is a natural part of the process. When we embrace the lie that if a move of God is genuine it won’t be offensive, we cut ourselves off from the experience. The offense aspect is actually for our good…if you can believe it.

It is the heart that longs for revival, regardless of how messy it is, that is prepared to see it. Wesley prayed this way:

Unfortunately, some of the harshest critics of the “next” move of God are from the “last” move of God. The offense lies in the idea that He didn’t do it just like He did it in “their” move. They buy into the lie that their understanding of how God moves is THE understanding of how God moves. The great journey in revival is to learn how to extract and be encouraged by what He’s done in the past while remaining open to what He is doing and will do. Knowing all along that what’s next may offend my sensibilities, and yet I still desire Him however He moves.

So few people ever remain open in this way. I pray I’m one of them.

Blessed is He who does not take offense at Me…